The purpose of the USRN Steering Committee is to provide leadership and strategic advice on the direction and development of the University Social Responsibility Network (USRN), and to lead the Network in spearheading USR strategic development in higher education. 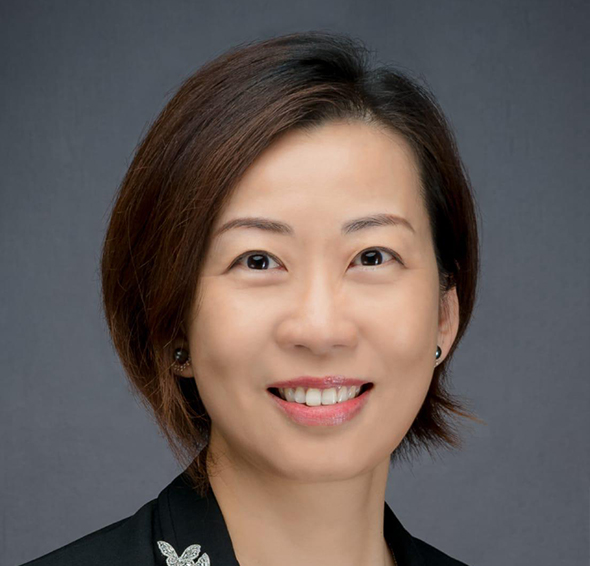 Dr Lou has more than 20 years of strategic, business and functional management experience in the business and public sectors. Before joining PolyU, her last position was Chief Operating Officer of OOCL Logistics, leading and managing its global business development and corporate functions.

Dr Lou is currently the board director of the Logistics and Supply Chain MultiTech R&D Centre, member of the Hong Kong Housing Authority, the Standing Commission on Civil Service Salaries & Conditions of Service, the Insurance Appeals Tribunal, and the Logistics Management Committee of The Hong Kong Management Association. 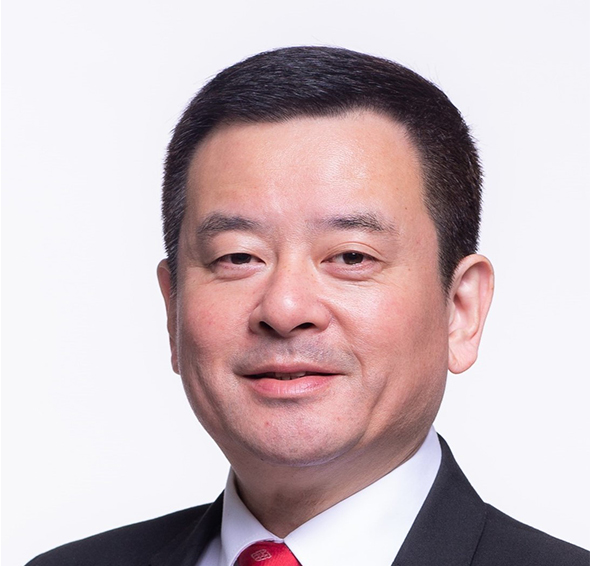 Professor Ben Young is Vice President (Student and Global Affairs) and Chair Professor of The Hong Kong Polytechnic University, overseeing the institutional policies and plans related to student development and culture promotion as well as the global engagement endeavours in educational initiatives involving the establishment of partnership with leading universities and strategic partners in overseas countries. He is an advisory member of the American Institute of Steel Construction for the Committee on Structural Stainless Steel. He served as a panel member for the Research Assessment Exercise (RAE) 2014 in the Built Environment Panel under the University Grants Committee, Hong Kong. Professor Young is currently a Co-Editor-in-Chief of the Journal of Constructional Steel Research, ELSEVIER. He has published over 600 international journal and conference papers, of which over 300 are SCI indexed journal papers. He has an h-index of 51 in Scopus. Professor Young received the Shortridge Hardesty Award for his research contributions to the stability design of cold-formed steel and stainless steel structures given by the American Society of Civil Engineers in 2020. 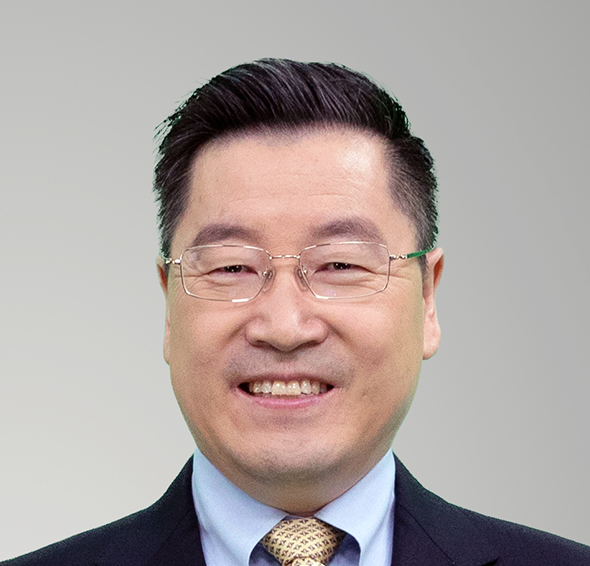 Zhou specializes in higher education administration, higher education assessment and the research on leadership. He led many research programs funded by National Social Science Fund and won the Second Prize for the Third Excellence Achievement Award in Educational Research of China.

Zhou Zuoyu received his doctoral degree in Education from Beijing Normal University and was a visiting scholar of Boston College and Indiana University Bloomington. In 2008, he went to study at UCLA and Stanford University as a Fulbright scholar. 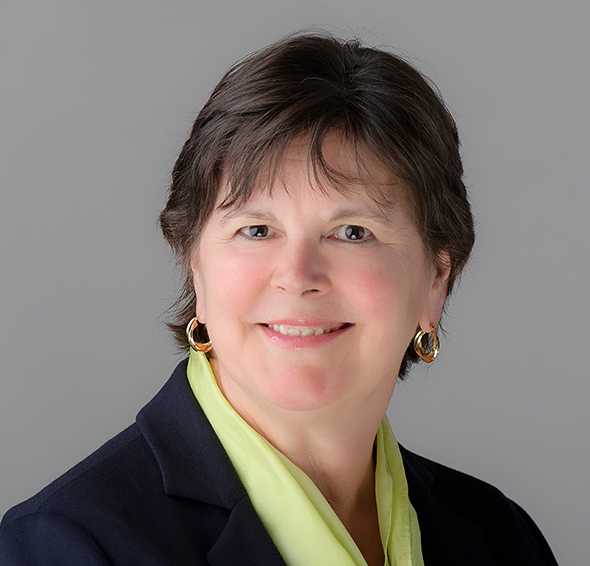 Joanne Curry has made a career of advancing post-secondary education and connecting the university with business and community. Her leadership in establishing Simon Fraser University’s Surrey campus in 2002 and helping to create SFU’s new vision of the engaged university has improved the University’s capacity to enhance the social and economic well-being of its communities.

As Vice-President External Relations and member of the University's executive team, Joanne is the university’s lead on community engagement and plays a strategic role in engaging with stakeholders and raising the profile of the University. She is accountable for government relations, including First Nation governments, communications and marketing, ceremonies and events and has oversight for the Vancouver and Surrey campuses, SFU Art Galleries, SFU Woodward’s Cultural Unit, SFU Public Square and the Morris J. Wosk Centre for Dialogue.

Joanne is a member of several boards and committees including the MetroVancouver Regional Economic Prosperity Management Board, the Downtown Surrey BIA, and the Burnaby Board of Trade. She coordinates the BC Collaborative for Social Infrastructure, a group of four institutions working together in social procurement, access to libraries, Indigenous social innovation, and food systems. Joanne is activity engaged in the University Social Responsibility Network and participates on the SFU steering committee leading the Canadian Carnegie Elective Classification Pilot.

Joanne holds a Doctorate of Business, Bath University, UK; a Masters of Business Administration from SFU; and a Bachelor of Commerce (Honors) with Distinction from the University of Manitoba. She was awarded an honorary degree from Kwantlen Polytechnic University. Her area of research and passion is on the role of a university in regional economic development and university-city relationships. 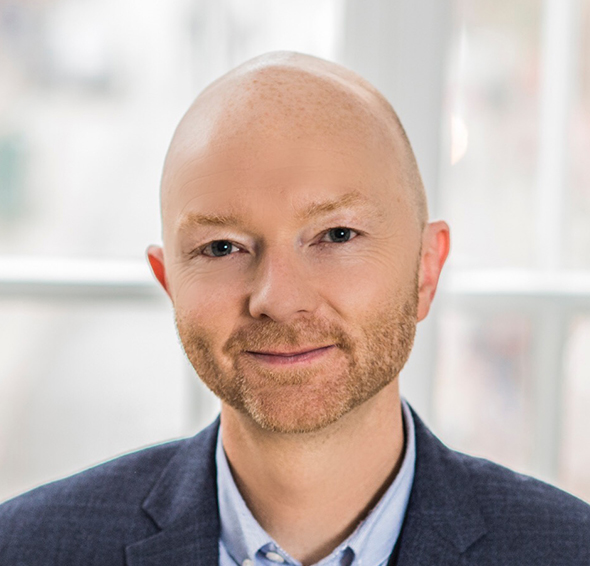 Dr Julian Skyrme is Director of Social Responsibility at The University of Manchester. Social responsibility is one of the University's three core goals and ensures that Manchester's learning, research, engagement and operational activities make a positive difference to society. He has first-class honours, master’s and doctoral degrees in social sciences from The University of Manchester and spent his early career as a teacher and Assistant Vice-Principal in a large urban sixth form college.

Julian advises on the Strategic Education Partnership and Homeless Partnership Boards for Manchester City Council. He is a Board member of Loreto Sixth Form College and trustee of MACC, Manchester‘s support organisation for the third sector. He’s also a Fellow of the Royal Society of the Arts, occasional musician, everyday cyclist and father to two young children. 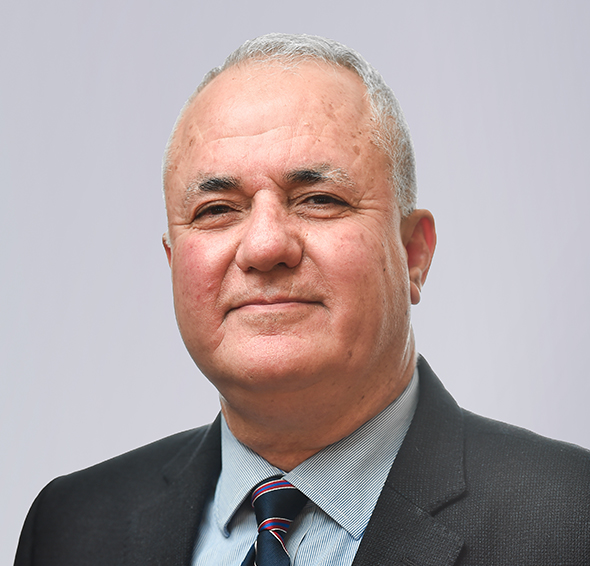 Professor Faisal Azaiza is the Dean of Faculty for Social Welfare and Health Sciences at the University of Haifa. Professor Azaiza has been a full professor since 2011 and headed the School of Social Work at the University for five years. Most recently, he served as the Deputy Chairman of the Planning and Budget Committee for the Council on Higher Education in Israel, and previously served as Mayor of his hometown, Daburriya, in northern Israel; in addition, he acted as Head of the Directorate for the Association of Community Centers in Israel from 2001 to 2003 and as Head of the Directorate for the Arab Israeli Bank from 2007 to 2015. Between 2002 and 2009, he served as Head of the Jewish-Arab Center at the University of Haifa as well. Throughout his professional life, Professor Azaiza has dedicated himself to the welfare and health concerns of the Arab community in Israel. His work addresses social problems from an evidence-based perspective, and he works to produce action-oriented research that offers solutions to challenges faced by the Arab community, as well as global challenges to education and social work. His research and publications include Jewish-Arab relations in Israel, especially in the educational contexts, as well as welfare and health of the Arab population in Israel in terms of social needs, health problems, and service delivery systems.

Professor Azaiza received his M.S.W. and Ph.D. from the Baerwald School of Social Work and the School of Public Health at Hebrew University of Jerusalem and a post-doctorate at the London School of Economics. 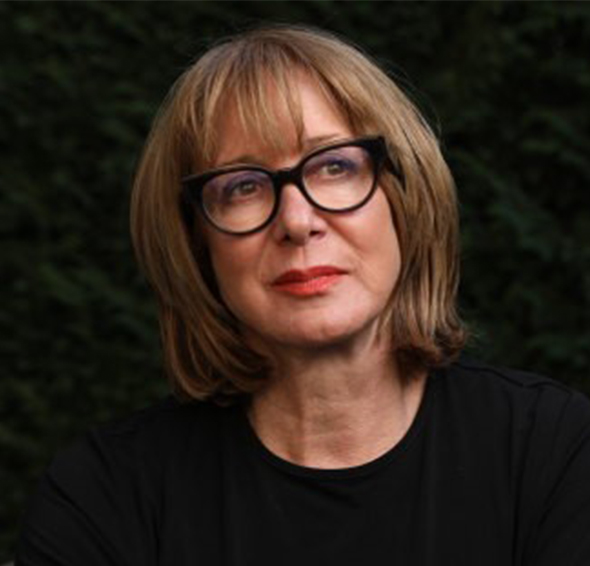 Professor Mary-Louise McLaws is Deputy President of the Academic Board at UNSW Sydney, a member of the Equity and Diversity Committee at the School of Public Health and Community Medicine, and Water-Health Leader for the UNSW Global Water Institute.

Mary-Louise is an epidemiologist with expertise in clinical epidemiology in patient safety related to infection prevention. She was the World Health Organization (WHO) Advisor to China and Malaysia during the development of their national hospital infection surveillance programs, a member of the WHO Technical Steering Committee for the Infection Prevention and Control Global Unit and an advisor to WHO on several global projects over the last two decades. In February 2020 she joined the WHO Health Emergencies Program Experts Advisory Panel for Infection Control for COVID-19. She was an epidemiologist during the HIV pandemic in Australia, reviewed the response to the 2003 SARS outbreak in Hong Kong and Beijing and supported the Australian pandemic influenza task force. She has a long history of dedication to capacity building in medium and low resource settings countries. 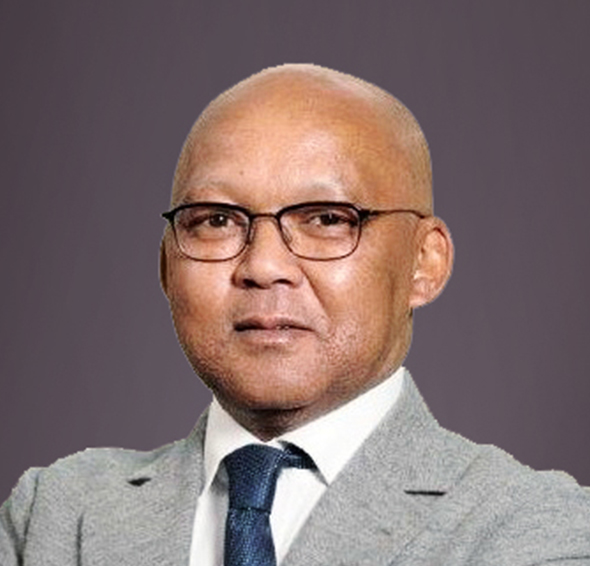 Norman Duncan holds a professorship in Psychology and is the DVC: Academic at the University of Pretoria. He previous served as the Head of the School of Human and Community Development at the University of the Witwatersrand. His research and publications are primarily in the fields of human development, racism and community psychology. He has co-edited a range of volumes, including ‘Race, Memory and the Apartheid Archive (Palgrave/WUP). His current research interests are focused on teaching and learning in higher education. He is a former President of the Psychological Society of South Africa (PsySSA) and currently serves on the Council of the Academy of Science of South Africa.